Fair Trade: What is the Value of Humans? 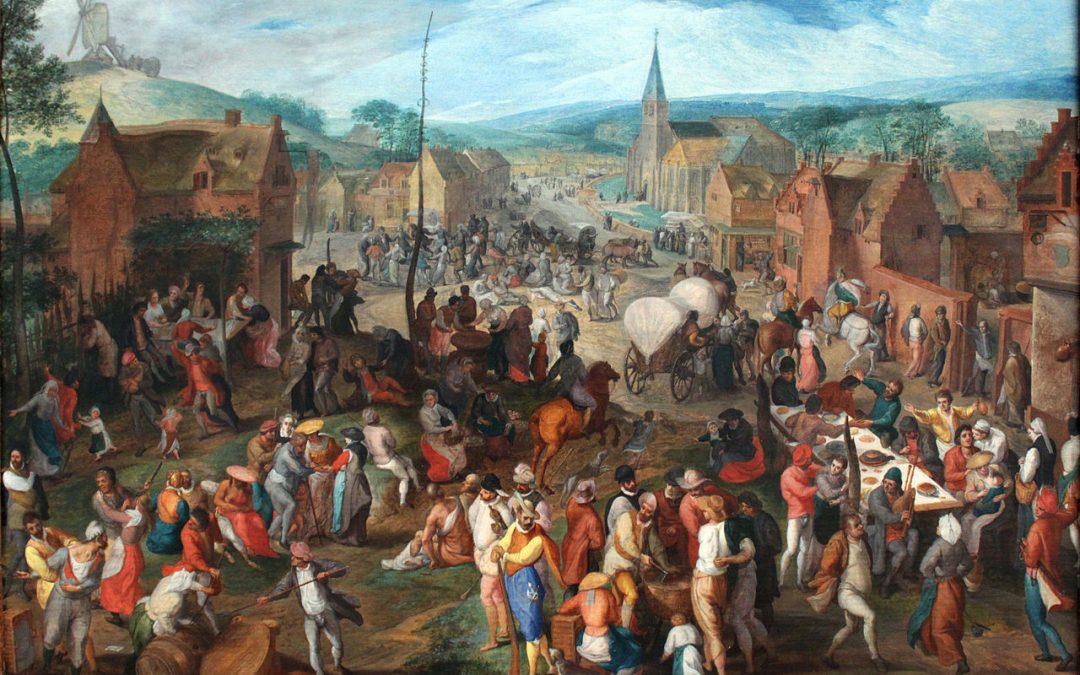 Who Determines our Values?

The existence of fair trade and sustainable art predates our current economic system. The economic system we live under now did not naturally arise. We created it to serve a purpose, and over the centuries we forgot what we had done, and now see it as the normal way for our lives to work. 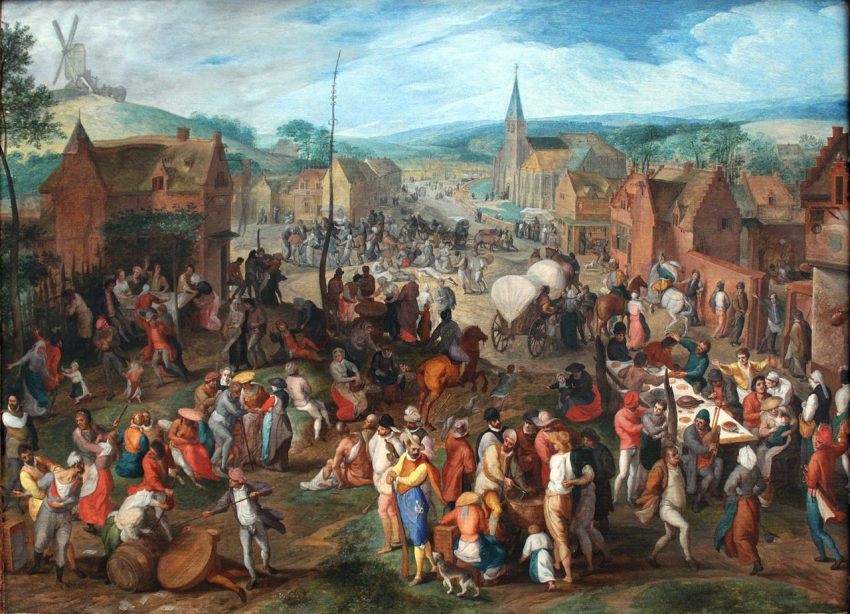 Village Fair by Gillis Mostaert 1590: Does it make sense to you that our economic system should determine the value of humans?

In the middle ages, farmers, coopers, wheelwrights, blacksmiths, shoemakers, cloth weavers, merchants and peasants, gathered to trade in fairs or bazaars. This was an idea brought back from the crusades. A greatly expanded market for trading goods and services expanded the quality of life for the majority of people in European countries. Europe experienced one of the most rapid economic expansions in history.

Consequently there arose a peer-to-peer economy where human relationships and reputations promoted better business. Competition and interdependence maintained a high quality of goods and services. Value existed in what people produced and in people themselves through the skills they possessed. Local currencies sprang up for purchasing items. No one considered accumulating these currencies as they were only worth something when circulated. The foundation of this system rested upon the value of humans and what they produced.

Rise of Central Currency and Industrialization

However, this ended when the aristocracy and royalty realized they had lost their monopoly on value creation. They taxed the fairs, outlawed local currencies, and created monopolies for selected companies to have exclusive control over their industries. As a result, the peer-to-peer economy all but disappeared.

Furthermore, a central currency, “coin of the realm,” and a central banking system became critical to displacing free trade. It forced craftspeople to seek employment rather than create and trade. Instead of creating their wares, people sold their time. Rather than hire skilled labor, business owners quickly learned they could pay unskilled, easily replaced labor far less, and could fire them if they complained about the terrible work conditions. This became industrialization. Therefore, the value of humans and what they produced no longer mattered.

Creating manufacturing processes that removed the need for skilled labor is what drove the industrial revolution. Industrialization was about the aristocracy taking back their power while reducing the value and price of human laborers. Industrialization did not increase efficiency overall, nor increase the quality of life for people. It did quite the opposite. The costs of industrialization are enormous. You may also notice from what our new president says about global warming, those costs need to remain hidden by those who benefit from it the most. In fact rather than a benefit to humanity, industrialization has become an extinction level event.

The results of this are modern societies where everything is designed to provide a constantly growing return on investment for people dedicated to the accumulation of wealth. Today they are the equivalent to the medieval aristocracy. They are parasites living off the majority of humans for the sole purpose of accumulating wealth. Like parasites they will kill the host at some point. Using up our resources, our land, having more and more people working harder for less and less jobs for less and less money cannot continue forever.

As a consequence of this system, you are worth nothing if your time cannot make money for other people and that money is the measure of your worth—the thing you create itself is actually worth nothing. As a human being you are worth nothing in our society. Your “real” worth is monetized. We pay lip service to the value of human life as valuable in and of itself, because to do otherwise would lower revenues. If this were not so we would not allow thousands of people a year to die by gunshot so the gun manufacturing industry can continue expanding their markets. We would not make the planet uninhabitable through global warming by allowing the oil and coal industry to continuously expand. We would not have the threat of nuclear war hanging over our heads in support of a multi-billion dollar nuclear arms industry.

Artists and the Value of Humans

How we treat artists in our culture further illustrates what we value. If an artist does not provide a solid return on investment, she is not worth anything in dollars. Artists are only valued in America if they are part of a corporate structure where they provide investors with sustainable growth revenue. Without providing revenue for investors, an artist has little access to even earning a basic living. There is a reason so little diversity exists in mainstream entertainment and art. Diversity exists in the “long tail” of marketing and as long as it does not provide sustainable growth revenue for banks and investors, they will not support it.

This lack of diversity in mainstream art and the singling out of artists as unworthy of healthcare, retirement planning, and short-term disability exist because independent artists pose a grave threat to that small group of parasites. What if people valued themselves, each other, and what they created, rather than the accumulation of wealth? Those ones and zeros accumulating on bank hard drives would be of no value to anyone—a singularly terrifying situation for our parasites.

Within the realm of our current set of values, human beings may go extinct, or at best survive at a far reduced level. This only makes sense, considering that who we are as human beings and what we create is ultimately of no value to our society as it exists now. 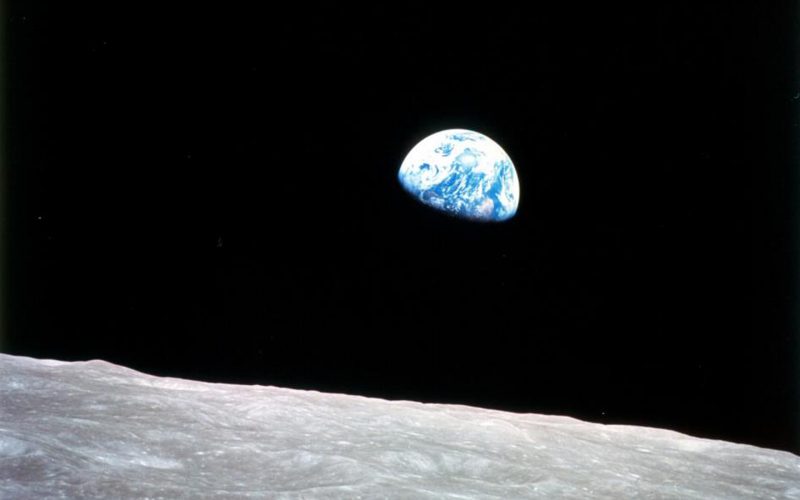 Who will Transform the Value of Humans?

None of this has to be this way. None of it arose naturally. We created it, having brainwashed ourselves, bamboozled, and lied to ourselves. We are credulous, lack skepticism, have dumbed ourselves down, made ourselves numb. Overwhelmed, we live lives of quiet desperation, frightened that if we cannot pay our bills, we will end up in the street. We must carry our own weight. The ultimate plan for any artist’s survival is to break down and get a job, get paid for making someone else money—then we’ll be worth something.

Artists have particular skills and talents they alone possess, that no machine can duplicate. That makes them irreplaceable and worth something in and of themselves. By our existence as artists, we constantly point to the fact that humans and our interactions are the real source of human value. We impact other people by what we do in unforeseen and unpredictable ways. That poses a grave threat to the system, the establishment, the man, the matrix, to them.

However, in reality there is no us and them, that is a lie perpetrated by those of us who desire the accumulation of wealth over everything else. There is only us, several billion people on a little blue marble in space. As it regards us artists, it boils down to the questions: What do we value? What is the value of humans, in and of ourselves?

Therefore, be skeptical and incredulous, particularly about what I am saying here. Make your own enquiries and research. Band together. Support each other. Create fair trade. Sustain your art. Look beyond the box you are living in and make a living at what you love to do. What you do as an artist could put value creation back in the hands of artisans and out of the hands of the parasites. What you create could transform human beings into a race that possesses a real measure of humanity. 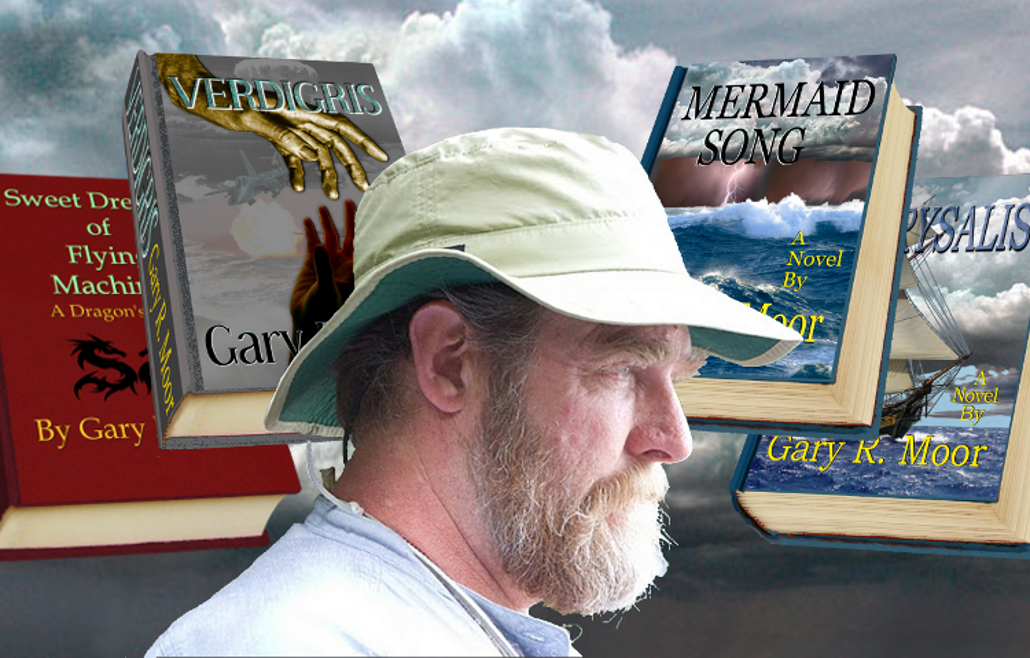